What to look for when buying Beaujolais:

by Shelby Ledgerwood on November 3, 2010 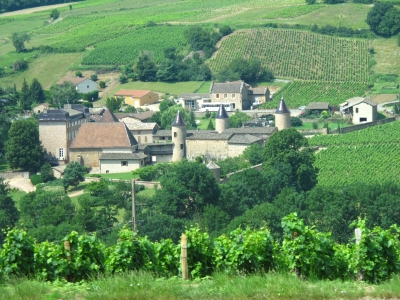 Question: I have a question about Beaujolais wines. There has been a lot of buzz about the 2009 vintage being excellent, and I was wondering if I should be concerned with mixing that up with the Nouveau wines. How can I tell the difference, is it clearly labeled?

Answer: Beaujolais Nouveau is released on the 3rd Thursday of November – so mid-November is when you will start hearing the most about it.  You’ll see the current release around Thanksgiving.  It will be dated with the current vintage.  The grapes were grown, harvested and made into wine in that year.

Beaujolais Nouveau (BN) is made with a unique fermentation method called carbonic maceration (CM).  It is an intracellular fermentation (conversion of sugar to alcohol) without the use of yeast.  The benefits are that the wine ferments quickly, it limits the extraction of tannins and it produces a bright, fresh, fruity aroma.  These wines are meant to be consumed quickly, while their aromas are at their height …

In general 2009 is indeed an excellent vintage in many parts of France, and worth looking for as it starts arriving on store shelves over the next few years.  As well, 2009 is likely to be one of the best vintages on record for Beaujolais.  2009 BN was released a year ago, in November 2009.  Most people sell out of BN by New Year’s Eve, or the next spring at the latest.  Because of the fermentation method it does not produce a wine with a very long shelf life.

In theory, no reputable seller should have any 2009 Beaujolais Nouveau left on their shelves at this point.  However, it certainly is possible.  A few months ago I saw a case stack of 2006 BN at a grocery store!  I can only assume that someone found it in the back and moved it to the floor without realizing what it was.  In general, a four-year old BN is not a good bet.

So, look for the words “Nouveau” specifically, in conjunction with the vintage.  When you see this word, it should be for the current year (which is 2010).  If you are looking for regular Beaujolais (not Nouveau) just make sure that “Nouveau” does not appear on the label.  For 2009 vintage, for regular Beaujolais, I would also suggest looking for “Beaujolais Villages” as it comes from a selection of villages that have better soil (granite) and produce better wine in general.  It will run you about $2 more per bottle, but typically worth it.  I would also suggest visiting a wine retailer (like The Wine House) for this wine.  Not all, but much of the stuff in grocery stores is large volume, mass-produced.  For about $14/bottle you should be able to find a 2009 Beaujolais Villages from a small producer.  (Dominique Piron is one of my favorites.)

In about a year or so, you will be able to buy Grand Cru Beaujolais (Morgon, Brouilly, Moulin-a-Vent, etc.) for about $25-$30/bottle.  These are not nearly on par with the red Grand Cru’s of Burgundy (Pinot Noir), but they are the very best that the Gamay grape has to offer, from the best granite hillsides.  2009 should be excellent.  The Grand Crus of Beaujolais (in a wonderfully ripe vintage like 2009) can be some of the best bargains around!

On a similar note, you’ll want to watch for the word “joven” on Spanish wines.  It translates as “young”.  Technically (by law) it means that no wood was used in the making of the wine.  When I was in Spain a few years ago, almost all of the “joven” wines I tasted were produced mostly by CM.  The export market is a little different though, because CM does not have a long shelf life.  In the US, in my experience, “joven” wines are typically part CM/part regular fermentation.  In general you would want to see “joven” in conjunction with a very young vintage.  For example “joven” on a 2009 would be acceptable now and in April of next year when the young 2010 reds start coming out.  Next year, “joven” on 2009 and 2010 would be acceptable.  2007 and 2008 is starting to push it, but would depend on the producer.  “Joven” on a 2006 (or older vintage) would not be a good bet at all.

Tags: 2009 vintage, Beaujolais, Beaujolais Nouveau, Carbonic Maceration, Gamay
From: Hints, Tips & Inspiration
← Carignane – I just can’t carry on, or can I?
What allows a wine to age? →